The artwork of Siobhan Alcaide

Fish to water. Shibby to art.

Greetings from the London Film And Comic Convention July 18, 2010

No Siobhan for this week again, but myself, Sajan and some other folks from our old school went to the London Film and Comic Convention, which this year hosted Mike Tyson and William Shatner.  We saw neither, but did get a glimpse at a few old Star Wars actors 🙂

Since Shib has provided no art for this week, I’ll be posting my latest abomination and perhaps later adding what others drew.

After a half hour trying to draw something good, I finally anthropomorphised a hot dog.  Sajan provided the title.

Apologies for the nightmares… 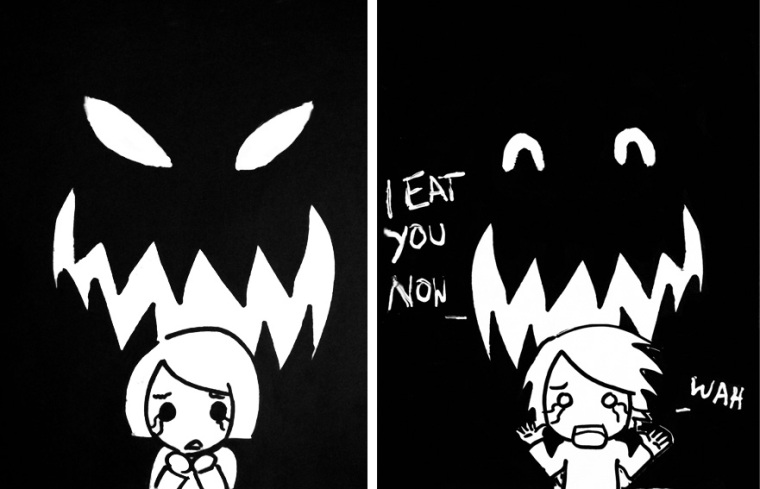 Jiten: This here is part of Shib’s current Phobia project.  Let’s hope she can add more detail to this description XD

Shib: lol, hmm…. i guess… i drew the first one 2 represent “fear of darkness”. Then i turned the page and saw the marker seeped through page completely… so i thought i’d draw what happened after 🙂

More of the same as yesterday, but with more manipulation in the background.